How Stem Cell Therapy for Athletes is Changing Professional Sports

Stem cell therapy for athletes, once considered to be a taboo practice, has become widely accepted among professional sports organizations. According to an article by Sports Illustrated, more than 100 NFL players have tried stem cell therapy in the past few years. Yet football players are not the only professional athletes that have embraced this cutting edge technology. From baseball to tennis players, stem cell therapy have been used to reduce athlete’s recovery time and to aid in rebuilding damaged or lost body tissues. Most professional athletes don’t publicize their use of stem cell therapy, but here is a list of some of the top athletes that we do know that have used stem cell therapy to keep them in the game they love. 1. Pau Gasol Sáez , Basketball Player for the San Antonio Spurs6-time NBA All-Star player, Pau Gasol, was struggling with knee pain during the 2013 season and had an injury that put him on crutches. Gasol received what is known as a Fast technique procedure. The procedure, whose name stands for Focused Aspiration of Scar Tissue, involved inserting a probe into Gasol's knees that directed ultrasound waves to remove degenerated tissue in his patellar tendons non-surgically. In addition to this, Gasol received autologous stem cell injections to help stimulate regeneration in his tissue. Within 3 weeks, Gasol made a quick recovery and was back walking again without crutches. 2. Rafael Nadal, Professional Tennis PlayerRafael Nadal is a Spanish professional tennis player currently ranked No. 4 in the world and is considered by many to be one of the greatest players in tennis history. In 2013, Nadal received stem cell therapy for his knee and the next year also had stem cell treatment for his injured back in Barcelona. Since his treatment, Nadal has made history in 2016 by becoming the eighth male player in tennis history to record 200 Grand Slam match wins, as he defeated Facundo Bagnis in straight sets in the second round of the Slam. 3. Bartolo Colon, Pitcher for the New York MetsBartolo Colon, nicknamed Big Sexy, is the oldest active player in Major League Baseball at age 43 and doesn’t show any signs of slowing down. However, back in 2010, it was unclear if Colon would be able to continue his pitching career after missing the entire season due to an ailing elbow and right rotator cuff. That is when Colon reached out to Dr. Joseph Purita of the Institute of Regenerative Medicine for stem cell therapy.Colon’s bone marrow was spun in a centrifuge to separate it from the blood material, and then, along with Colon's own body fat, injected into the pitcher's elbow and shoulder to help repair ligament damage and a torn rotator cuff. After the stem cell therapy, Colon had a major combat the following year, winning 55 games. This year, Colon also made history when he hit his first career home run for a two-run shot to extend the Mets’ lead over the Padres, 4-0. 4. Chris Johnson , Running Back for the Arizona Cardinals At 28 years old, Chris Johnson had five 1,000 yard rushing seasons and one 2,000 yarder, but the veteran running back tore the meniscus in his left knee in Week 3 of the 2013 season. Despite his injury, Johnson played through the season without missing a single game which resulted in him causing additional damages to his knee joint. To repair his damaged knee, Johnson traveled to Florida to receive an injection of stem cells into his knee joint after an arthroscopic procedure to repair his meniscus. Instead of the usual four-to-six-week recovery time from the procedure, Johnson stayed off the practice field for the rest of the offseason, giving the stem-cell treatment maximum time to work. In 2014, Johnson agreed to a three-year contract worth $9 million per year with the New York Jets. Johnson finished the season with 153 carries for 663 yards and one touchdown.
Read more 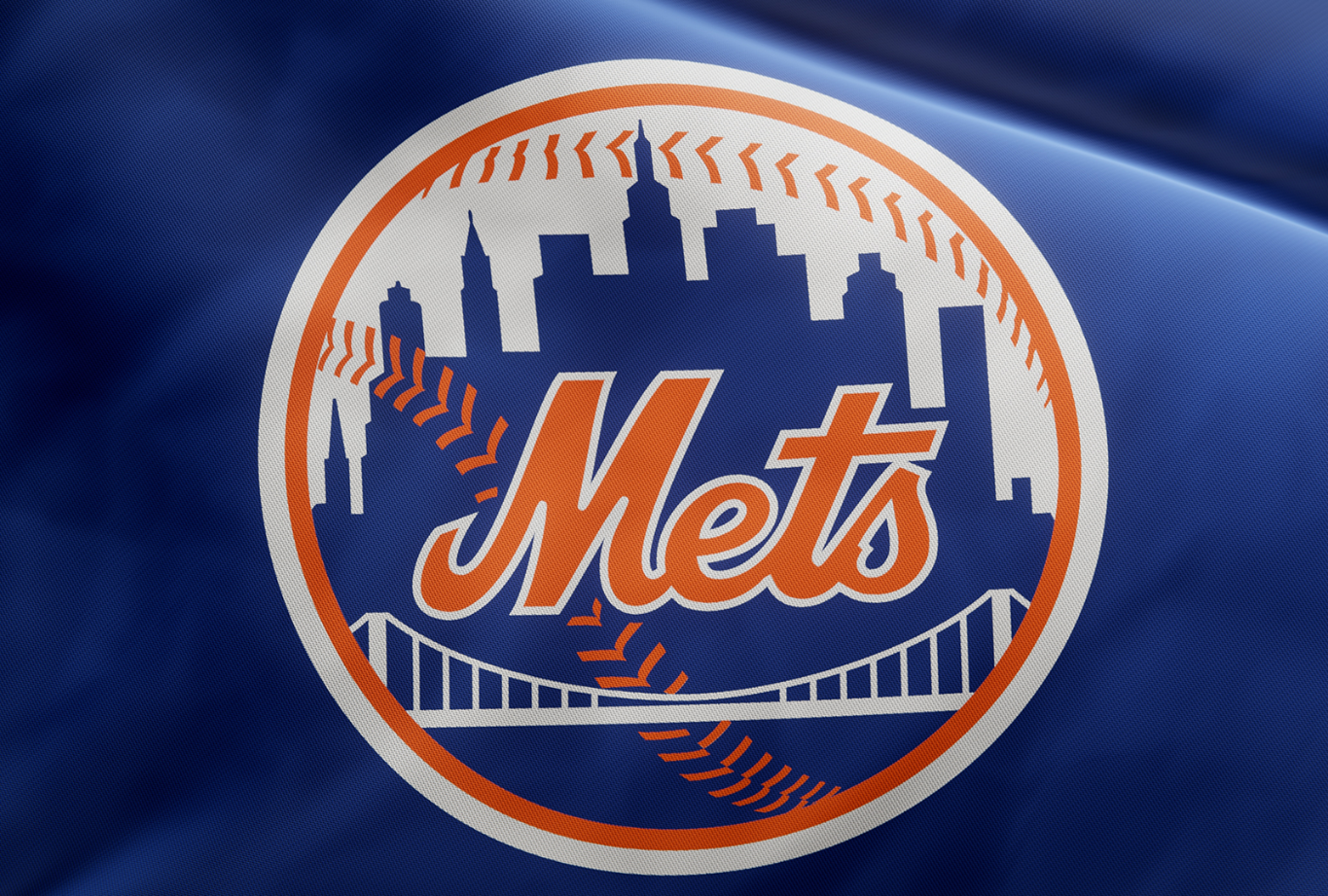 The New York Daily News published an article detailing how Dr. Joseph Purita initially couldn't imagine Bartolo Colon still pitching in the big leagues after his shoulder injury, let alone being 4-0 on the 2015 season he played with the Mets after his stem cell treatment. Read the full story here
Read more

Will The Face Of Football Change Forever?

by Dr. Joseph Purita
A few days ago I was watching ESPN before the Miami Heat game started. I heard a disturbing story concerning one of my favorite sports. This story concerned a lawsuit filed by two thousand former NFL players against the NFL. In the suit the players stated that the NFL intentionally hid the the effects and dangers of concussions on the players. The NFL obviously denied the claim. One can see both sides of the argument. I do not intend to take sides or do finger pointing but wish to give a possible solution to the problem. There are s 1800 pounds of force in a head on collision. Do I think football is a violent sport ? Yes I do; I happened to break my leg twice playing it. Football is the reigning king of sports in America. I am not sure if a much safer way can be found to play football. If the rules are changed dramatically we will get a game much like the pro bowl. The pro bowl is constantly a ratings disaster neither players nor fans like it. Yet very few injuries occur in the pro bowl because the rules and mine set are different. The injuries we see in football are usually less severe than we our seeing in the battlefield in Afghanistan. The NFL is actively looking for methods to mitigate the effects of head injuries as are the United States military forces. Right now the US military seems way ahead in their research in treating head injuries. You might ask yourself what does this have to do with stem cells? Well the answer is plenty. When a player or solider suffers a head injury cells in the brain area are injured or outright destroyed. Until the last few years there was very little that could be done for these injuries. One of the reasons for this is that it is difficult for medicines to cross the blood- brain barrier. This is a natural protection device that the body employes to prevent damage to vital brain tissue. Stem cells have no problem crossing this barrier. The problem is that is that there are not enough of them to repair the injuries. This is where stem cell science comes into play. The treatment of concussions with stem cell therapy will occur on two fronts. First we would probably give a large bolus of intra venous stem cells ( most likely harvested from either fat or bone marrow) some of which would cross the blood brain barrier ( many of them would be caught in lung tissue). Secondly, large numbers of hematopoeitic stem cells would need to be stimulated and released by the bone marrow. This stimulation can occur by using various compounds that are known to significantly increase marrow stem cell output. This could be accomplished by using some of the oral cytokines (growth factors) we are now starting to use. Supplements will certainly be important. Another important agent is GCSF (granulocyte colony stimulating factor). GCSF is used many times to speed recovery after patients receive chemotherapy. It will dramatically increase stem cell output. My friend and colleague Dr. Maharaj has been using GCSF to treat a variety of neurological conditions including Parkinson’s disease with good results. There is no reason to believe this would not work with concussions. In addition to treating players with medicines, growth factors, and supplements that increase stem cell bone marrow output we can make use of some other modalities which also increase stem cell output. One such modality is hyperbaric oxygen. Another modality is Photonic laser therapy as is being developed by Immuno-Genic Corporation and IMI Healing Technologies. What these therapeutic measures have in common is that they will increase Nitric Oxide production. Nitric Oxide is a very potent stimulator of bone marrow stem cell output. Remember many of these injuries are a numbers game so if we increase the number of stem cells the greater the chance of repair. The US military is currently working on these techniques. There is no reason why the NFL can not adopt these techniques. Quite simply when a player suffers a concussion, treatment should be started the next day and continued for a few weeks. It is quite likely that the player could be taken off injury list after a week or two while still continuing treatment. Further treatment could be given a the end of the season. Hopefully, this may be a pathway for a very difficult problem. Thanks Dr.P
Read more
Please type to search blogs.