Bone Marrow Centrifugation: Is it Important? 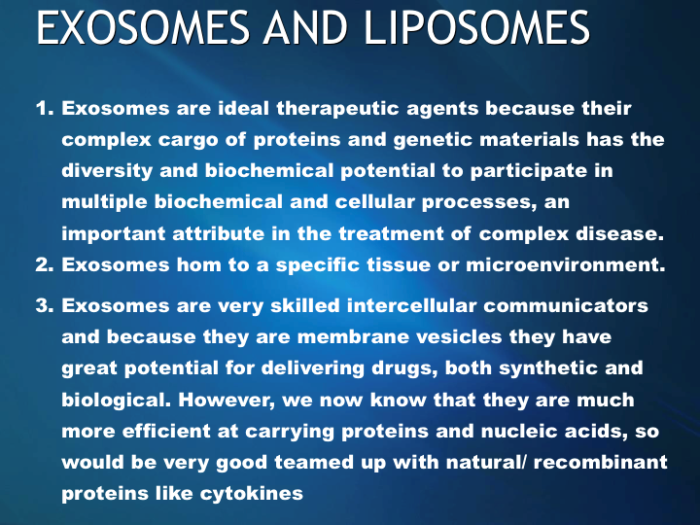 HOW DO STEM CELLS EFFECT THE IMMUNE SYSTEM? (Part 1) 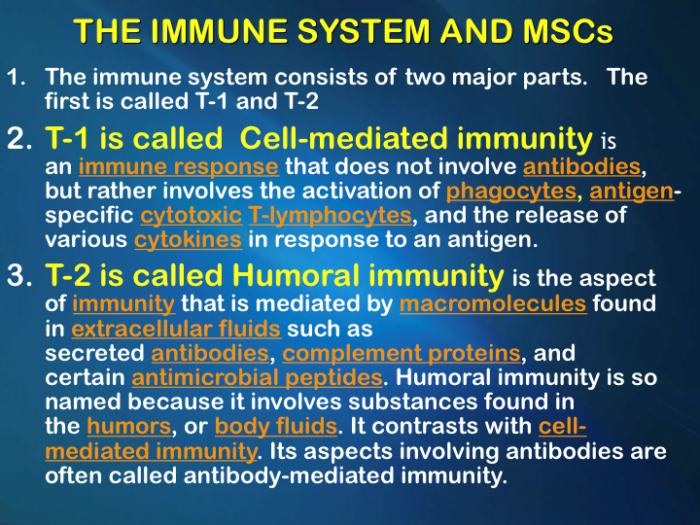 We now know that stem cells can have a very profound effect on the immune system. Understanding the immune system’s role in stem cell biology may help clinicians and scientists better respond to injuries or homeostatic imbalances, as well as develop stem cell therapies to treat diverse ailments. When we are addressing the immune system we are zeroing on a mesenchymal stem cell. These cells are capable of interacting with various types of immune cells, including among others T cells, B cells, natural killer (NK) cells, macrophages, neutrophils, and a host of other cells. These interactions occur through direct cell–cell contact or their specific secretome, which consists of various growth factors and immuno-modulatory factors. Immuno-modulatory factors are those entities which quell the body's immune response in various conditions including osteoarthritis. If the immune response is too strong than repair can not be accomplished. First off, we must clarify something. It is a misnomer to call a mesenchymal stem cells a stem cell. As per the research work of Dr. Arnold Caplan, mesenchymal stem cells really should be considered a medicinal signaling cell. They are like centennials trying to make the stem cell environment more conducive to other cells to accomplish repair. They do this by producing various biochemical compounds effecting the environment. This process is called immuno-modulation. When I lecture I liken mesenchymal stem cells to the body's Navy Seals. They are specialized, get injected into a hostile environment, and probably will not survive. Their job is to secure the area so other stem cells can accomplish repair. Immune modulation is a concept known to many Regenerative Medicine stem cell physicians. But when talking about this in more detail they have little knowledge about this. Lets look at things a bit more under the microscope. One major portion of our immune system involves a subset of cells called T cells. B is The above slide is from one of my talks. It shows that our immune system has two major components. The T-1 system which involves cell mediated immunity and the T-2 system which involves Humoral immunity. The (T-1) cell mediated immunity does not involve antibodies but rather actual cells such as types of white blood cells and different growth factors they release. When you have an acute infection various cells will attack the bacteria. On the other hand (T-2) Humoral immunity involves macromolecules and antibodies found in the body's fluids. This is also called antibody immunity. Humors are the body's fluids. When antibodies are present they attack the bacteria etc. The real interesting aspects of the cells occurs in the following diagrams. The above diagram shows what mesenchymal cells do in an environment of high levels of inflammatory cytokines. These are typically the "bad guys". They cause pain swelling and inflammation in joints and other portions of the body. In scientific circles they are called IL-1, IL-6, and TNF. What we see by the diagram is that the mesenchymal cells in this environment will cause the release of T-Reg cells and block the formation of T cells. The mesenchymal cells will release a number of good growth factors including IL-10(acts like cortisone without any baggage), Nitric Oxide, and other growth factors. The T cells are many times one of the underlying causes of autoimmune diseases (a process where the body attacks itself). On the other hand the T-reg cells seem to prevent autoimmune diseases from arising. What we can take away from the diagram is that when there is an environment of inflammatory issues the mesenchymal cells stimulate the release of T-reg cells which quell disease issues and at the same time release "good" growth factors which diminish the inflammatory response. When these good growth factors are present they help propagate stem cell survival and ultimately help correct problems. In the second diagram we see the opposite situation. In this case there is an environment of low inflammatory cytokines. The low inflammatory cytokine level encourages the release of T cells. T cells have far reaching effects including the propagation of autoimmune diseases. In the second diagram we see the effects of having low levels of inflammatory cytokines. The mesenchymal cells secrete lower levels of good anti-inflammatory cytokines. In response to low levels of pro-inflammatory cytokines that exist in various chronic diseases, MSCs still produce considerable amounts of chemokines (they attract cells) and adhesion molecules that recruit T cells in close proximity with them. However, they produce only low levels of the immuno-suppressive factors. Thus, the recruited T cells are unchecked and become activated. More importantly the mesenchymal cells help push T cell proliferation. The T cells help autoimmune diseases to flourish. In general they make an environment that is not conducive to stem cell success in correcting a problem. This is a very elementary view of stem cell and the immune system but it is a good start for the lay person. What do we take away from all of this? As I have stated many times the environment is so important to the success of stem cell treatments. Ultimately, the environment the cells are in control the fate of the stem cells and the success of a treatment. This is why we try in many different ways to alter the environment to allow success in our treatments. Thanks Dr. P.
Read more
Please type to search blogs.